Urban realities and futures of Lusaka and Nairobi

Cities are the place where global challenges are met and hopefully, within the foreseeable future, solved. It’s worthwhile for us Nordic urbanists to stop occasionally and give some thought to livable cities in a global context. Bustling cities of the global south face many daily issues that we in the north take for granted. I travelled to sub-Saharan Africa to discover what topics come up in terms of urban development in rapidly growing Lusaka and Nairobi, the capitals of Zambia and Kenya.

Lusaka is now home to over 3 million and Nairobi to over 5 million inhabitants. Both Lusaka and Nairobi exceed all projections as people migrate there from rural areas and secondary towns. Therefore, low-cost housing and sanitation are a big priority. Traffic fluency, safety and infrastructure likewise. Hands on – issues also include solid waste management, crime and health.

Today up to 70% of the population in Lusaka live in high density informal settlements with very limited sanitary infrastructure. We visited Bauleni, a compound of 80000 unprivileged people. It is a maze of human scale one story -dwellings and paths. Water is provided by the City of Lusaka to a few locations. Often it is the women and children who carry water to their homes risking their safety after dark. Makeshift shared toilets, latrines, are the reality people face in Bauleni. Alcoholism and drug abuse is on a high level resulting to safety issues. One-room dwellings are extremely hot in the summer and cold in the winter. We walk along streets and paths, that are flooded during rainy season as well as the homes. We see one rusty swing full of children, but no other playgrounds or actual public spaces and very few trees. Women, men and children going about their business. Older kids looking after the younger ones. Others sorting garbage at the unofficial dumpsite. There is a modern shopping mall with SUV: s and shops out of reach for the poor right next to Bauleni. Kibera (300000 inhabitants), the largest slum of Eastern Africa is right next to a golf course. Extreme realities collide seemingly peacefully.

I’m interested to hear what kind of plans there are to tackle to question of developing living conditions in the over 200 informal settlements of Nairobi or compounds as they are called in Lusaka. There are two main strategies: gradual improvement and major redevelopment. Quite often slums such as Kibera are quite centrally located and thus attractive land for developers. One idea would be to build more efficient multistorey housing blocks to the outskirts of the city and allow for new development to take place in Kibera. In this case how would the inhabitants be able to afford their new home? There is also reluctance to move to a distant location in a city, where getting to places is not easy. It seems there is a sound reason why informal settlements are needed near wealthy neighborhoods – it is possible to get to work and back on foot as a maid or gardener for example. As improvements are needed acutely, so there are development projects for gradual improvement ongoing in the slums funded by UN, African Development Bank and others. The aim is to improve for example access to sanitation in the existing situation. Time will tell which informal districts there are there to stay and which ones will one day disappear in the foreseeable future.

Traffic jams are frequent in daily life of Lusaka as well as Nairobi even though most people do not own a car. Walking is the most common mode of transport but looking at the existing infrastructure you wouldn’t believe it. In Lusaka some infrastructure improvements, such as flyovers, were implemented conveniently just before last elections. No doubt there are political agendas behind infrastructure projects as they do sometimes in the Nordics as well. In sub-Saharan Africa this has a different kind of tone to it though as a big part of infrastructure funds are lost due to corruption. Our drivers confirm that traffic flow is now better than a couple of years ago thanks to some new lanes and road improvements. We also hear of traffic lights that were built but interestingly used only once and streets built without appropriate drainage or foundations due to corruption. Many projects, such as the new Lusaka airport and almost all new roads in Nairobi are funded and managed by the Chinese. There is a tight bond between China and Africa, but what is the cost? EU and USA are also present in the countries but with more of a focus on social and health issues.

Travel modes of cities are tightly connected to your socioeconomical situation in sub-Saharan Africa. Everyone can afford to walk but not everyone can afford a bicycle or public transport. Mopeds are common in Nairobi, but curiously enough not in Lusaka. Attractivity, availability, safety (you can get mugged) and quality of public transport is low, which means that the preferred mode of transport is taxi or private car if you can afford it. Driving is a status symbol, but also a necessity for fluent daily life and commuting to work. Middle class families often drive their children to school and back by car, which contributes to peak rush hours in the mornings and afternoons. Upper middle class and the wealthy minority also employ private drivers.

Taxis represent the older car fleet and are everywhere to be found and are operated by smart phone applications, that outsmart the ones we use in the Nordics. A SOS-button is a safety feature on the application for crime prevention. It seems however that traffic safety is the bigger issue. Most taxis have functioning seat belts, but not all. We are by far more concerned for the traffic safety of pedestrians though, unlike the local media or politicians. In Lusaka driving culture is relatively relaxed, but Nairobi is known for its hectic drivers. Pedestrians however are at risk in both cities as pedestrian ways rarely exist. It gets dark around 6 PM and often there is no street lighting, which leaves pedestrians invisible. No one wears reflectors, which to us Nordics would seem like a cost-effective way to improve things. Legislation in both Zambia and Kenya is favorable for pedestrians though – if you hit someone by car it’s your fault regardless of the circumstances. Then again this is a small consolation for the pedestrian if you lose your life.

Climate change has already affected weather conditions in southern Africa. There is a need to develop a more resilient city to cope with extreme draught as well a heavy rainfall. Preventing global warming however needs to be done in the more developed countries. Having said that, it would make sense to develop southern African cities sustainably and not make the same systemic mistakes as western cities have made in the past decades for example in terms of traffic planning. This would be a good target for international funding.

In the 1950’s Lusaka was planned as a garden city with emphasis on private garden farming, green areas and trees. In some parts of town, we see boulevards with big trees. This is not consistent however in modern day Lusaka as other parts of the city are bare and treeless. The city would benefit from a tree planting campaign, as is ongoing in Freetown, Sierra Leone.
Loss of trees, biomass and biodiversity comes up in every discussion. In Lusaka the local fuel for households used for cooking is charcoal made by burning trees and forest that surround the city. Deforestation leaves the land bare and at risk of erosion. Gas would be a far more sustainable solution but is rarely used because it’s culturally associated with risk of fire and explosions.

Water and sewage networks of Lusaka and Nairobi need expansion as well as repairing. A surprisingly large amount of water disappears due to leaks and theft. Clean water is provided only in some parts of Lusaka. Many residences have their own borehole, water storage and heater. This works but is doubtfully the most efficient way of servicing urban areas.

Commercial activities have an informal nature in these cities. Traffic lights serve as minimarkets for snacks, clothes, household items etc. Heavy and large-scale items such as furniture, dog houses, paving bricks etc. are found along streets and roads. Fruit and vegetable stalls are numerous. Low-income people avoid the many malls and prefer to buy goods elsewhere. The number of shopping malls with their vast parking areas has grown from 1 to 20 during the last 20 years, which undeniably influenced the city scape.

Both Lusaka and Nairobi Downtown areas lack investments and have lost their status as city centre. It feels almost like a time capsule taking one back to the 1960’s and 70’s. Back then, following independence, both Zambia and Kenya enjoyed an era of investments and economic growth, that has left its mark on Downtown Cityscape. Underdevelopment of these areas over the last decades has however led to the diminishing importance of these Downtown areas as the more attractive functions have spread out in various districts leaving both Lusaka and Nairobi without a distinct city centre for all.

Another distinctive feature is the large number of unfinished buildings, mostly dwellings. As mortgages are extremely expensive construction takes place bit by bit leaving the building looking more like ruin, with even trees growing inside its frame. Quite often building projects reach roof level with reasonable costs over the years. Building a roof then again is a different matter and requires a single large investment.

In more rural areas and the outskirts of town urban structure is oriented along the road. Roads and streets are seen as places of interest and commercial potential and are thus the place to be. Streets are accessible unlike rural villages lacking connections to them.

Urban and city planners have a lot on their plate seeing as there are for example over 200 unplanned settlements in Nairobi. Nearly 40% of the Nairobi inhabitants and 60% of Lusaka inhabitants live informally! Planning is also needed desperately to control urban sprawl, that nibbles forest and farmland and adds to traffic chaos. The need for urban planning and development has been recognized and there are local qualified people on the job. Today more and more students are dedicated to urban development compared to past decades. Legislation however dates to colonialist British standards, which sometimes results in curious situations.

Nairobi has the ambitious goal of drawing up 10-year Integrated Development Plans for all 113 districts. 63 plans have been made to date and they include sections on environmental issues and climate change. There is also a major digitalization project ongoing targeting at GIS-based land use platforms for each county in Kenya. This is also bringing new light on land ownership issues, which tend to be difficult and undocumented in many cases. Digitalization also includes for instance online applications for building permits – as long there are building permits to handle.

Urbanist in Lusaka and Nairobi work together with local communities and do community participation for bottom up -impact. Participation is in fact mandatory in Nairobi since 2010. This is something we have in common. When asked, the same topics tend to come up in communities: sanitation, streets, storm water management, waste management, crime prevention and health. It seems the basic needs for a well-functioning city is what the people dream of.

Urban visions for the future sound familiar to us Nordic urbanists. There is talk of an ecofriendly green city with recreational facilities. The city of the future is family friendly, clean, healthy, safe and provides quality of life. This is not Copenhagen we are talking about but the future vision for Lusaka. How to get there?

Read more on this theme 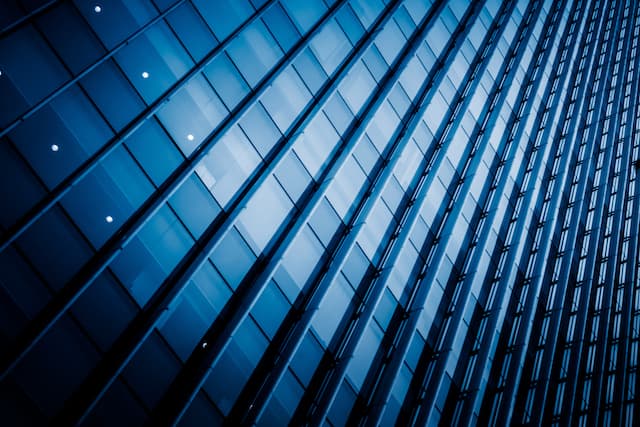